Researchers Encourage Doctors to Choose Cannabis Instead of Opioids 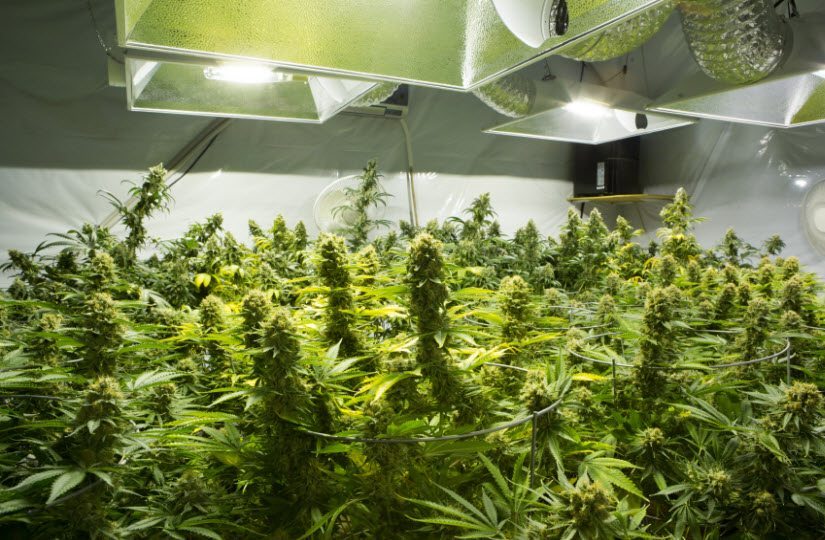 In a new editorial, researchers urge physicians to treat their chronic pain patients with cannabis rather than their regular go-to, opioids. In the piece, published by the Journal of the Canadian Public Health Association, Stephanie Lake, Thomas Kerr and Julio Montaner of B.C. Centre for Excellence in HIV/AIDS, argue that cannabinoids are unfairly being held to higher standards compared to other pharmaceutical drugs, even after research has demonstrated that cannabis offers undeniable pain-relieving benefits.

“The evidence supporting the therapeutic use of cannabis is actually much stronger than the use of other drugs that are used to treat the same conditions and it also seems, in many cases, that cannabis has a more favorable side-effect profile,” said Dr. Kerr, co-director of the centre’s Urban Health Research Initiative.

Chronic pain lasts for six months or more and can be caused by an initial mishap, like a sprained back, or by an ongoing cause of pain, like arthritis or cancer. The treatment option most commonly opted for by physicians are opioids, like oxycodene, hydrocodone, fentanyl, methadone, morphine, hydromorphone and dihydrocodeine. Opioids reduce the intensity of pain signals to the brain. They also, however, affect the areas of the brain that control emotion, which diminishes painful stimulus effects and causes them to be addictive.

Although opioids have shown effective for reducing short-term pain, “there is no substantial evidence for maintenance of pain relief or improved function over long periods of time without incurring serious risk of overdose, dependence, or addiction,” Dr. Gary M. Franklin wrote in his position paper published in Neurology in 2014. The high incidence of cognitive problems, tolerance issues, dependence obstacles and addiction probabilities associated with opioid treatment are concerning to health providers (Jamison & Edwards, 2013). According to Cleveland Clinic, more than 16,600 U.S. deaths from painkiller use occur each year in the United States and studies have shown that they can also cause adverse side effects, like constipation, sedation and depression, are common (McNicol, Midbari & Eisenberg, 2013).

“Opioids are killing people right now,” said Dr. Kerr. “There is no association with cannabis and mortality, and yet North America is in the midst of, really, what is a public health emergency associated to opioid overdose deaths.”

Dr. Kerr and his colleagues’ comments were intended for Canadian doctors, but their assertions could easily be directed toward physicians in the United States, where about 100 million Americans suffer from chronic pain and opioid problems are prevalent.

Opioid use and abuse is such a problem that in March of 2013, U.S. Food and Drug Administration (FDA) commissioner Margaret A. Hamburg wrote an email to members of Congress explaining to them that the “FDA is extremely concerned about the inappropriate use of opioids, which has reached epidemic proportions in the U.S., becoming a major public health challenge.” She added, “While much of the prescription drug abuse problem is attributable to illicit use, which can include sharing medication with family and friends or theft of the drug from home medicine cabinets, legitimate use of medications for pain may also lead to unnecessary adverse events, addiction, and death for some patients.” Despite the danger concerns, opioid prescriptions continue to flourish. The New York Times reported that sales of opioids jumped up 110% from 2001 ($3.97 billion) to 2012 ($8.34 billion) and opioid prescriptions increased 33% from 2001 (181.7 million) to 2012 (240.9 million). During that same period, however, the number of prescriptions for drugs given to treat opioid addiction soared from 0 to 8 million, demonstrating that the addiction concerns around opioid use are legitimate.

Cannabis, the researchers claim, offer a safer and more effective way to treat chronic pain. Studies have determined that the cannabinoids found in cannabis are effective at lowering pain levels associated with some cancer, neuropathy, spasticity, headache, migraines, and other acute pain and chronic pain conditions (Jensen, Chen, Furnish & Wallace, 2015) (Baron, 2015). These cannabinoids, tetrahydrocannabinol (THC) and cannabidiol (CBD) activate cannabinoid receptors of the endocannabinoid system within the body. These receptors regulate the release of neurotransmitter and central nervous system immune cells to manage pain levels (Woodhams, Sagar, Burston & Chapman, 2015). One study found that regularly administering cannabinoid to chronic pain patients already on an opioid treatment program caused a significant decrease in pain (27%, 95% confidence interval), while simultaneously preventing any significant change in opioid levels in the blood, demonstrating that adding cannabinoids can reduce the necessary doses of opioids and cause fewer side effects (Abrams, et al., 2011).

Studies have also demonstrated that using cannabis for the management of pain is safe. After a year of regular use, patients with chronic pain were found to be at no greater risk of serious adverse effects than non-cannabis users (Ware, et al., 2015). In the U.S., states that have medical marijuana legislation have significantly fewer deaths caused by opioid overdose (Bachhuber, et al., 2014). In cases where cannabis is used to treat chronic pain, researchers have found a significantly lower use of opioids, suggesting that cannabis has shown effective alone at curtailing pain (Kral, et al, 2015).

Currently, 23 states in the United States have legislation allowing for medical marijuana treatment and more states are expected to vote on new legislation in the coming elections. Educating physicians on the effectiveness and safety of cannabis, however, is essential to change the primary chronic pain treatment strategy away from opioid prescriptions and toward medical marijuana.

Dangers of Opioid Pain Relievers: What You Need to Know. (2015, March 31). Cleveland Clinic. Retrieved from http://health.clevelandclinic.org/2015/03/dangers-of-opioid-pain-relievers-what-you-need-to-know/.

Side Effects and Risks of Opioid Use for Chronic Pain Patient Education. (2013, April). University of Utah Health Care. Retrieved from http://healthcare.utah.edu/huntsmancancerinstitute/cancer-information/resources/factsheetpdfs/chronic-opioid-risks.pdf.

The Soaring Cost of the Opioid Economy. (2013, June 22). The New York Times. Retrieved from http://www.nytimes.com/interactive/2013/06/23/sunday-review/the-soaring-cost-of-the-opioid-economy.html?_r=0.