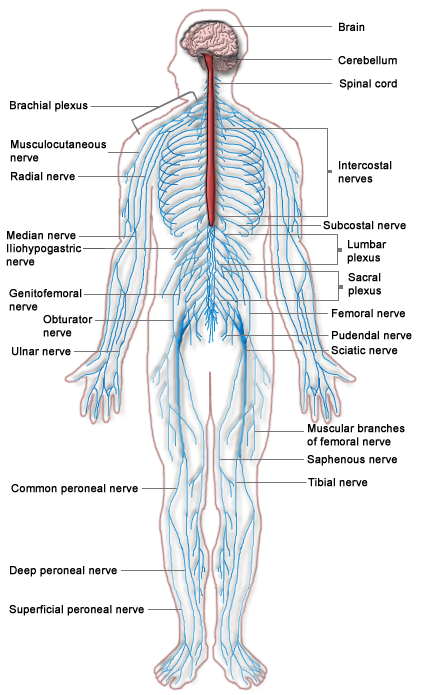 A neurological disorder is a disorder of the body’s nervous system. Structural, biochemical or electrical abnormalities in the brain, spinal cord, or in the nerves leading to or from them, can result in symptoms such as paralysis, muscle weakness, poor coordination, loss of sensation, seizures, confusion, pain and altered levels of consciousness.

There are many recognized neurological disorders, some relatively common, but many rare. They may be revealed by neurological examination and studied and treated within the specialities of neurology and clinical neuropsychology. Interventions include preventative measures, lifestyle changes, physiotherapy or other therapy, neurorehabilitation, pain management, medication, or operations performed by neurosurgeons.

The World Health Organization estimated in 2006 that neurological disorders and their sequelae affect as many as one billion people worldwide, and identified health inequalities and social stigma/discrimination as major factors contributing to the associated disability and suffering.

Although the brain and spinal cord are surrounded by tough membranes, enclosed in the bones of the skull and spinal vertebrae, and chemically isolated by the so-called blood-brain barrier, they are very susceptible if compromised. Peripheral nerves tend to lie deep under the skin but are also still relatively exposed to damage. And individual neurons, the building blocks of the nervous system, and the neural networks into which they form, are susceptible to electrochemical and structural disruption. While neuroregeneration may occur in the peripheral nervous system, it is thought to be rare in the brain and spinal cord.

The specific causes vary by disorder and sometimes by individual case, but can include genetic disorders; congenital abnormalities or disorders; infections; lifestyle or environmental health problems including malnutrition; and brain injury, spinal cord injury or nerve injury. The problem may start in another body system that interacts with the nervous system; for example cerebrovascular disorders involve brain injury due to problems with the blood vessels (cardiovascular system) supplying the brain, and autoimmune disorders involve damage caused by the body’s own immune system.

In a substantial minority of cases of neurological symptoms, no neural cause can be identified using current testing procedures, and such “idiopathic” conditions can invite different theories about what is occurring.