FIRST TO ADDRESS THE UNITED NATIONS ABOUT CBD

In 2017, Medical Marijuana, Inc. subsidiary HempMeds® Mexico became the first company to address the United Nations and the World Health Organization (WHO) about CBD.

The day was monumental for CBD, as the decision by the special committee following the hearing of testimony would significantly influence CBD’s legality around the world and potentially impact the health options of millions.

At an open session on November 6, 2017, and on behalf of the Medical Marijuana, Inc. family of companies, Raul spoke before the international officials about CBD’s benefits and its lack of psychoactivity. He urged the special committee to lift CBD’s internationally regulated status by considering it non-psychoactive and classifying it a nutritional supplement.

“I am honored to be a part of this incredible opportunity to be invited to speak in front of such a prestigious audience on a topic in which I am deeply passionate about,” said Raul. “I would like to thank my many supporters who continue to aid my journey to further CBD reform worldwide.” 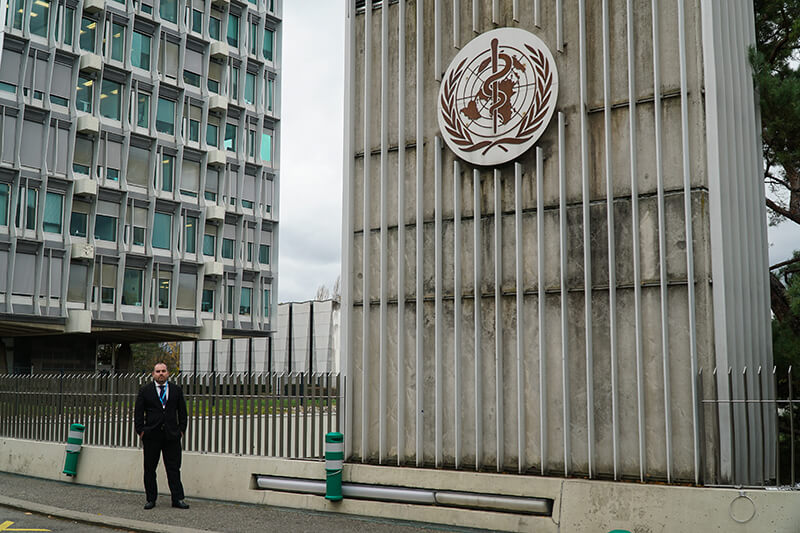 During his presentation to the committee at the U.N., Raul spread CBD awareness by sharing the story of his daughter Grace, Raul and his family were the first to sue the Mexican government for the right to import CBD oil into Mexico. He also shared the experiences of other families with CBD, and presented the results of recent studies on children using CBD products in Mexico.

“We are honored and excited to speak to United Nations leaders on a global stage about CBD as a supplement aimed to maintain and improve the wellbeing of millions,” said Medical Marijuana, Inc. CEO Dr. Stuart Titus. “We hope to bring to light the many benefits of CBD and convince decision-makers that CBD in its purified form can be developed into a drug, but in its natural botanical state, derived from hemp including entourage botanicals — that this version should remain a supplement.”

Following this historic day, CBD could take one step further toward global acceptance. Changes the committee makes to CBD’s international drug scheduling would have ripple effects to its legal status around the world, and a loosening in international policy would mark a turning point in cannabis policy, increasing availability to consumers worldwi