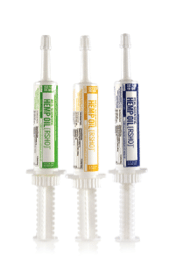 SAN DIEGO, CALIFORNIA – November 17, 2015 – Medical Marijuana, Inc. (OTC Pink: MJNA) is pleased to announce to shareholders and to the public that its flagship product Real Scientific Hemp Oil™ (RSHO™) has again made world history as a cannabis product to be approved on a case-by-case basis for Parkinson’s disease by the Brazilian Government Health Agency ANVISA – which is responsible for approving citizen importation of medicines and botanical remedies from outside of Brazil.

Following Epilepsy (CDKL5 and Dravet Syndrome), which was the first indication to be approved, Parkinson’s disease becomes the second approved indication of Medical Marijuana, Inc.’s RSHO™ by Brazil’s ANVISA for importation with medical recommendation. Medical Marijuana, Inc. and its partner company HempMeds Brasil™ are working diligently within the framework of the Brazilian Government for approvals of at least five other indications.

MJNA’s partner HempMeds Brasil™ is providing the RSHO™ exclusively for the Brazilian marketplace while under temporary case-by-case approval for several additional medical indications, subject to clinical trials within the country.

Today, any resident of Brazil who has a government-approved medical indication and who would like to have access to RSHO™ hemp oil products, may do so with a doctor’s prognosis, prescription and government-approved import documentation. ANVISA has issued a statement on the agency’s website and has also made an effort to explain how to apply for an import certificate. HempMeds Brasil™ has been working for over a year on its formal product application and regulatory submission. The company expects this to take at least through 2015 to complete.

“The government of Brazil with their 1988 Constitutional right of free health care (SUS) to all citizens is again leading the way by putting the well-being of their people first,” states Stuart W. Titus, PhD – CEO of Medical Marijuana, Inc. “RSHO™ products have been provisionally approved and are being reviewed for potentially five other medical indications, which are subject to future clinical trials – and the Company will continue to update shareholders on further developments.”

In 2005, the number of Parkinson’s patients worldwide was between 4.1 and 4.6 million. By the year 2030, those numbers are expected to more than double to 8.7 and 9.3 million patients according to this report put out by the European Parkinson’s Disease Association. The Parkinson’s Disease foundation states, in the U.S. alone, Parkinson’s is estimated to cost nearly $25 billion every year in combined direct and indirect costs.

Hemp is widely regarded as a “whole food” and “super food.” MJNA’s cannabidiol (CBD) hemp oil is derived from the mature stalk of the hemp plant and is considered a food nutrient delivering the benefits of cannabinoids without the psychotropic/euphoric effects of THC. Although CBD hemp oil products from MJNA are readily available in and ship to all U.S. states, territories, and districts, hemp oil products are handled quite differently in Brazil.

HempMeds Brasil™ is a corporate affiliated company of Medical Marijuana, Inc. (OTC Pink: MJNA) and is its exclusive distributor of RSHO™. HempMeds Brasil™ offers specialized marketing, sales, customer service, and logistics to supply natural hemp oil rich in CBD to the medical community and families of Brazil. For more information on HempMeds Brasil™ and their all-natural hemp oil products, visit: http://www.hempmeds.com.br. The Company invites the public to get involved in the conversation on the expanding cannabis industry with HempMeds Brasil™ through the Company’s social media channels Facebook, Twitter and blog.

About Medical Marijuana Inc.
The mission of Medical Marijuana, Inc. (OTC Pink: MJNA) is to be the premier hemp industry innovator, leveraging our team of professionals to source, evaluate and purchase value-added companies and products, while allowing them to keep their integrity and entrepreneurial spirit. We strive to create awareness within our industry, develop environmentally-friendly, economically sustainable businesses, while increasing shareholder value. For more information, please visit the company’s website at: www.MedicalMarijuanaInc.com.