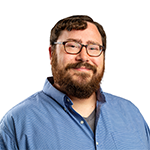 The past year saw a number of important developments from the cannabis industry and the fight to legalize marijuana use both medically and recreationally.

Marijuana continued to have an incredible year this year, gaining popularity, opening new markets, and becoming part of the national healthcare discussion. Cannabis use is up worldwide and legalization is trending.

Looking back on 2017, we highlight some of the news stories that shaped the future of cannabis.

Cannabis Use By Adults Increases

One survey has found that nearly six in ten Americans say the quality of societies is improved when adult use marijuana is legalized. This marks a shift in perception from the Reefer Madness point of view long upheld by America’s War on Drugs.

Cannabis consumption among men has jumped 14.7 percent since the turn of the millennium and continues to increase. Between 1984 and 2015, consumption among women doubled from 5.5 percent to 10.6 percent. Since 2014, 12.9 percent of all adults report they regularly consume cannabis, up from 6.7 percent ten years earlier.

According to one report, this increase is not tied to cannabis legalization. Since 2012, eight states and Washington D.C. have legalized recreational marijuana, and a total of 29 states plus Washington D.C. have legalized marijuana for medical purposes. While the loosening of cannabis laws has provided more opportunities for adults to legally access cannabis, according to the new study, that is not the reason for the increase in consumption.

Support for marijuana is increasing due to a more realistic view of the dangers of cannabis. A study by Quinnipiac University this year found support for recreational legalization among Americans to now be at 60 percent, while 94 percent support the use of marijuana for medical purposes. The level of support for legalization was the poll’s highest ever recorded.

Meanwhile, the rates of marijuana use among 12- to 17-year-olds in the United States have dropped to their lowest level in 22 years, showing that responsible adult use does not lead to increased use in teens.

Threats from Department of Justice

Early in 2017, Jeff Sessions was confirmed as U.S. Attorney General. Sessions has long been a vocal opponent of marijuana legalization, even for medical use.

Sessions claimed this year in a letter to the four governors of legal recreational marijuana states that marijuana legalization has caused serious public health and safety issues and the states needed to do more to combat “illegal marijuana” in their states.

First passed in 2014, the amendment has had to be renewed with each new spending bill. The fate of the bill will again be in question early in 2018 when Congress again addresses the nation’s budget. Session has come out against the amendment, asking his Republican colleagues not to renew it in upcoming budgets.

There has also been concern that Sessions has been obstructing attempts to research cannabis, hindering our ability to understand the benefits and risks of the plant. Similarly, the DEA is reducing the amount of marijuana it will authorize for use by researchers in the U.S., further slowing research.

In 2018, the cannabis industry will continue to eye Sessions as it continues to grow in newly legalized and established medical and recreational states.

The United States is now faced with one of its most serious public health issues in history. Drug overdose deaths are the leading cause of injury and death in the U.S. and more than 90 Americans are dying every day after overdosing on opioids.

There is some discussion among lawmakers, health professionals, and the American public that marijuana may present a solution. Research suggests that marijuana can reduce the intake of opioids and potentially treat addiction, prompting researchers to encourage doctors to recommend cannabis instead of potentially dangerous opioids.

Two-thirds of Americans already believe opioid prescription drugs like Vicodin and OxyContin are “riskier” to use than marijuana for pain management, according to a poll by Yahoo News and The Marist Poll, hinting that pain patients may see the value in switching to medical marijuana or using it as an adjunct to lower their use of prescription pain medication.

As the marijuana industry expands around the country, there are more opportunities for workers to find positions in companies that work directly with the cannabis plant and its products or providing ancillary services or products that support the industry. There are even a number of positions in the cannabis industry that pay over $100,000 a year.

A recent market report from cannabis news source Marijuana Business Daily calculated that the nation’s cannabis industry has already generated 165,000 to 230,000 full- and part-time jobs, up from the 100,000 to 150,000 jobs in place the year prior. “To put this in perspective, there are now more marijuana industry workers than there are bakers and massage therapists in the United States,” reads the report. Projections say the industry could soon employ more people than manufacturing, utilities, and government industries.

The marijuana industry is also a more equal work environment for women. According to an extensive report published earlier this year by Marijuana Business Daily, women make up 26.9 percent of executive positions at cannabis businesses in 2017, higher than the 23.0 percent average across the larger U.S. business landscape.

Although the industry has a long way to go to achieve true equality, it presents more open opportunities for many looking to succeed.

Looking to get a job in the cannabis industry? Here’s how.

This year, America’s active and veteran members of the military continued their fight to access medical marijuana.

America’s military veterans strongly believe that medical marijuana can benefit them and their medical concerns. A poll conducted by the American Legion this year revealed that over 80 percent favor allowing federal doctors to recommend cannabis to veterans. The American Legion itself has also come out in favor of medical marijuana for veterans, adopting a resolution urging federal officials to address marijuana policies for vets.

Lawmakers are also pressing the issue among their peers. Representatives on the House Committee on Veterans’ Affairs (VA) are collectively pushing the Trump administration to study whether medical marijuana could benefit military veterans. Ten Democratic members of the committee urged the Veterans Health Administration Office of Research and Development to start investigating the potential effects of medical marijuana for veterans.

Veterans Affairs Secretary David Shulkin acknowledged this year that evidence indicates medical marijuana could be beneficial for addressing conditions that commonly affect veterans, but federal law prohibits VA physicians from recommending it. Until marijuana is rescheduled under federal law, Shulkin said, the VA will not “be able to prescribe marijuana for conditions that may be helpful.”

The House Rules Committee blocked a medical marijuana amendment over the summer that would have allowed veterans to participate in legal medical marijuana programs. The committee decided not to allow it to proceed to a vote in the House.

The amendment would have prohibited federal funds from interfering with a veteran’s ability to participate in medical marijuana programs within states that have passed and implemented its own medicinal cannabis laws. It would also have allowed Department of Veterans Affairs (VA) doctors in those states to recommend medical marijuana to veterans.

While veterans fight to access medical marijuana, a new defense bill could open the door for active duty soldiers to use marijuana for medicinal purposes. The National Defense Authorization Act (HR-2810) gives the Department of Defense (DoD), rather than the Food and Drug Administration (FDA), the authority to approve drugs and medical devices for active military.

Section 732 of HR-2810 would allow the Department of Defense to sidestep the FDA and marijuana’s Schedule I status to sign off on cannabis as a medical treatment to those serving the country overseas, though it isn’t clear whether the DoD would take these steps.

Access to marijuana for America’s active military and veterans is sure to be an important story going into 2018 as well.

Health professionals and officials are coming around on the value of medical marijuana. The November issue of the American Journal of Public Health contained an editorial written by members of Doctors for Cannabis Regulation, including former director of the US Center for Substance Abuse Treatment Westley Clark and former U.S. Surgeon General Jocelyn Elders, that called on medical professionals across the country to take action on cannabis, including support for legalization, the need for proper regulation, and research.

Medical marijuana has the potential to significantly impact the healthcare industry in years to come. Despite extensive research into the beneficial effects of cannabinoids, the DEA continues to classify marijuana as a Schedule I drug, meaning it has no recognized medical uses. However, as more information has become available, astute companies are starting to develop ways to integrate cannabinoids into the healthcare system.

Professional and amateur athletes alike are beginning to recognize the benefits of cannabis in both their training and recovery routines. This added attention has led to a renewed effort by cannabis advocates to convince professional sports leagues allow the use of medical marijuana.

In 2017, the National Football League (NFL) appeared for the first time to be open to investigating medical cannabis as a tool for players. The league wrote a letter to the NFL Players Association (NFLPA) saying that it’s willing to work together to study marijuana’s efficacy and safety for pain relief. This comes after previous pushback from the NFL regarding any changes to their cannabis policy.

Moving over to basketball, former NBA commissioner NBA David Stern came out in favor of allowing players to use cannabis this year. Stern revealed that watching a special on CNN featuring medical marijuana changed his mind on its potential benefits. He now thinks “there’s universal agreement that marijuana for medical purposes should be completely legal.”

The NBA’s official stance of marijuana use, however, is unchanged for now, as is that of the NFL. These small steps towards acceptance and normalization may lead to changes in the leagues’ policies in years to come.

According to the latest estimates in the United Nations Office on Drugs and Crime (UNODC) 2017 World Drug Report, an estimated 3.8 percent of the adult population, or 183 million people, used cannabis in 2015, a number that is still trending higher.

Legalization of recreational and medical marijuana is growing worldwide, and due to its prohibition on use and tight restrictions on cannabis research, the U.S. is lagging behind in some aspects.

The cannabis industry is expanding in other corners of the globe as well. The first patient ever in Ireland was approved to use medical marijuana. More than three years after Uruguay legalized recreational marijuana, pharmacies will begin selling cannabis to registered consumers. Germany has taken steps to begin cultivating medical marijuana in the country.

The cannabis industry is even taking hold in America’s backyard. Canada’s nearly four-year old medical marijuana program has grown 1,544 percent over the past two and a half years. With recreational cannabis legalization set to start in 2018, there is fear in some circles that Canada could run out of marijuana.

Going into 2018 and beyond, focus will fall more and more on a global marijuana market, as the popularity of cannabis increases in every corner of the globe.

Staying Ahead of the Trends in Cannabis

Visit our news page regularly for the latest updates about the marijuana industry, medical and recreational legalization efforts, cannabis research, and more.